Just to be sure

To Members of Parliament and peers:

Parliament must stand strong for our rights, our jobs and our environment. I ask you to make clear that the decision to begin Brexit negotiations with Europe is not a blank cheque for hard Brexit, and that you will fight for a meaningful vote on the final deal to avoid an outcome that is bad for your constituents and bad for Britain. 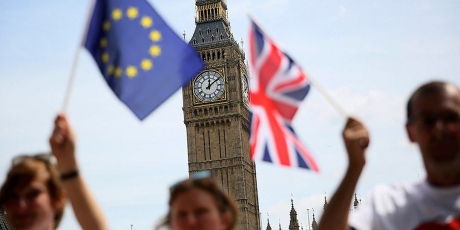 Theresa May has promised MPs a say on the Brexit agreement she brings back -- but unless we act fast it could be a false choice between a bad deal with Europe or no deal at all!!

This would mean no way to send May back to the negotiating table and would force us to exit from Europe regardless of the terms of the deal -- even though two in three people say they don't support Brexit at any cost. Now MPs are brewing a Brexit rebellion to force May to give Parliament a real choice.

Let's build a giant show of support for MPs to withhold the votes May needs to trigger Brexit until they get a cast iron guarantee that they'll have a real say on the final deal. Our whole future, from jobs to the environment, is at stake -- sign now and share widely!

Copy the link to this campaign to IM, Skype or post it: