Netherlands: Time to save the bees!

Just to be sure

As concerned citizens we call on you to protect the bees and vote for a full ban on neonicotinoids when EU nation states meet in March. You have signed the National Bees Strategy, you call yourself the Dutch Queen of Bees, you are a firm and decisive politician. Bees and citizens are counting on you! 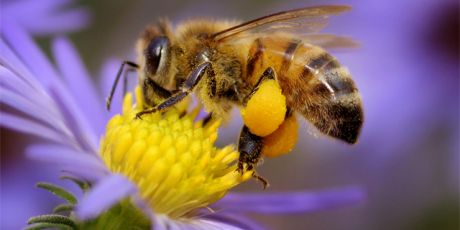 AMAZING NEWS -- WE WON!! Europe -- including the Netherlands -- voted for a ban on bee-killing pesticides. This is a major victory and opens the way to a new era of more sustainable farming. But we must keep the pressure up -- now we’re taking the fight to the US, Canada, and the rest of the world. Sign and share the petition to world leaders here!

Red alert for 360 wild bee ​​species in the Netherlands. Research shows that the insect population has decreased by 75% in only 27 years. And it’s not just about disappearance of food and nesting space: the agricultural use of pesticides -- neonicotinoids -- plays a crucial role.

Last week, the European Food Safety Authority confirmed that these neonics are a serious risk for bees -- and later this month, the EU will vote on a complete ban of these bee-killing pesticides. The Netherlands hasn’t taken a position yet, and that needs to change!

Several countries have pledged to support a full ban, but it’s not enough yet -- a YES from the Netherlands could swing the vote. Let’s call on Minister Schouten to get behind the ban -- add your name and share with everyone.

This petition was originally created on the Avaaz community petition site