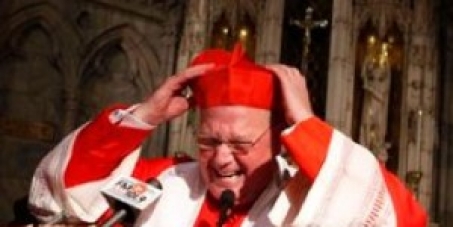 By continuing you agree to receive Avaaz emails. Our Privacy Policy will protect your data and explains how it can be used. You can unsubscribe at any time.
This petition has been created by Frank L. and may not represent the views of the Avaaz community.

Sign this petition
Frank L.
started this petition to
U.S. Attorney General Eric Holder
There is absolute, irrefutable proof, that Cardinals like Timothy Dolan, Roger Mahony, Justin Rigali, Bernard Law, and many, many other Cardinals and Bishops of the Roman Catholic Church knew about the children being raped in their parishes by priests and did nothing but moved these priests around, without warning the communities they moved them into, and then they raped even more children. They feel they are above the law. This is a crime punishable by Federal Laws.

It is time to show the Cardinals and Bishops they are not above the laws of the United States and they should never escape prosecution for their crimes simply because they are from a religious organization.
Report this as inappropriate
There was an error when submitting your files and/or report.
Inaccurate Inappropriate language Hate speech Illegal Commercial/spam Offensive
×

Today: Frank L. is counting on you

Frank L. needs your help with "AG of the United States should prosecute those who covered up child rapes in the Roman Catholic Church". Join Frank L. and 614 supporters today