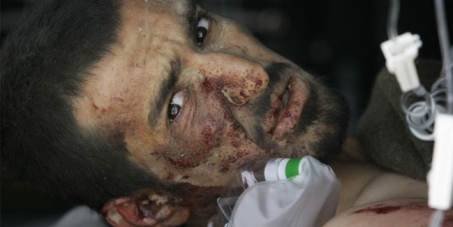 By continuing you agree to receive Avaaz emails. Our Privacy Policy will protect your data and explains how it can be used. You can unsubscribe at any time.
This petition has been created by Abdul M. and may not represent the views of the Avaaz community.

Sign this petition
Abdul M.
started this petition to
William Hague, UK Foreign Secretary
The Taliban called me, saying I'm “an infidel spy”, they know where I live and will “punish” me. My crime? To work as a translator for British troops and journalists here in Afghanistan. But together we can get Britain to save me and a few hundred others who have risked everything!

Right now, the British government is wondering whether to give me and other Afghan translators asylum, as the UK did for Iraqi translators -- and we're worried the answer will be no. We've worked with the British to help set our country free, and we’ve saved many British lives. But now my family and many others have had to go into hiding: every day we stay here it gets more dangerous.

David Cameron wants to offer us cash handouts, not asylum -- but if enough people call on him, we can change his mind. He's deciding on this right now, and your voices can make the difference -- sign and share our petition with everyone!

Image above: An Afghan interpreter wounded while on duty.
Report this as inappropriate
There was an error when submitting your files and/or report.
Inaccurate Inappropriate language Hate speech Illegal Commercial/spam Offensive
×

Today: Abdul M. is counting on you