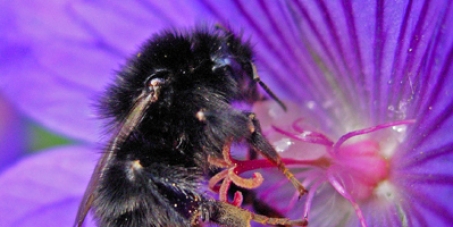 By continuing you agree to receive Avaaz emails. Our Privacy Policy will protect your data and explains how it can be used. You can unsubscribe at any time.
This petition has been created by Graham W. and may not represent the views of the Avaaz community.

Sign this petition
Graham W.
started this petition to
The European Commission; UK Government; EU Member States
Most UK Bumblebee species are in steep decline; two species have gone extinct in recent years.
Recent research revealed that 50,000 artificially-bred bumblebee colonies are being commercially imported into the UK each year. A recent report found that 77% of these alien-imported bees carried dangerous parasites as well as: viruses, bacteria and fungal diseases. More than 1,000,000 factory bred colonies are being exported world-wide, spreading bee-diseases and pathogens to every country on the plant. This is a recipe for extinction of native bumblebees around the world.

These alien bumblebee colonies are largely being imported by Syngenta - a leading manufacturer of neonicotinoid pesticides, which many scientific studies have concluded are killing bumblebees in uncountable numbers.

Today: Graham W. is counting on you