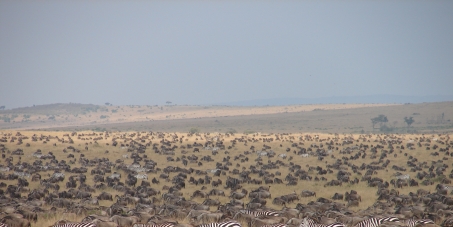 UNDER THREAT! Help us change current mining laws to protect our game parks and forests forever.....

By continuing you agree to receive Avaaz emails. Our Privacy Policy will protect your data and explains how it can be used. You can unsubscribe at any time.
This petition has been created by Vanda H. and may not represent the views of the Avaaz community.

There is a serious threat to our game parks from prospecting and mining - such as the Maasai Mara or Tsavo National Park and forests like Mrima Hill Sacred Forest Reserve. Mrima Hill is a gazzetted area and is a primordial forest that hosts endemic rare trees, birds and small wildlife. It is under threat from being open cast mined for rare earths. We urgently need to protect this forest and other conservation/gazzetted areas. If mining is allowed the pollution from the processing of rare earths will cause further damage to the environment. The people living in this area will have to be re located if mining is allowed. There are approximately 44,000 living around the hill area. Current Kenyan mining laws state that special prospecting licences can be issued for anywhere in Kenya, including gazzetted areas. The Mining Laws are at this moment being reviewed so it is imperative that we get our voices heard as soon as possible. If the game parks fall into the hands of mining companies it will have a devastating effect on tourism which employs thousands of Kenyans - many more than the mining industry would. Imagine the effect on the wildlife too. Please help by spreading the word about this petition.

Today: Vanda H. is counting on you