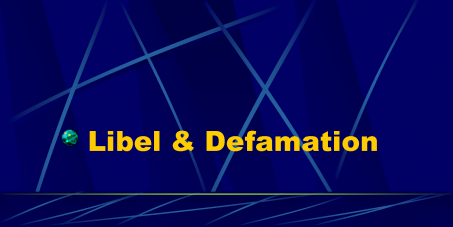 Defamation Law Against Prophets of All Religions

By continuing you agree to receive Avaaz emails. Our Privacy Policy will protect your data and explains how it can be used. You can unsubscribe at any time.
This petition has been created by Haider Z. and may not represent the views of the Avaaz community.

In almost every country, there are defamation laws dealing with libel, slander and insult etc. Such laws may relate to common individuals and entities only but do not cover the religious ones. Why can't there be laws made and enforced, including international laws, to prohibit acts of defamation, libel, slander, insult and ridiculing the prophets? Why should we let the people, who injure the very persona of these minarets of light and in doing so hurt their followers so cruelly, go scot-free?

The Islamic world is in raving anger, both aghast and enraged over the movie Innocence of Muslim and the cartoons published by a French magazine. These deplorable actions, the defamation of the Prophet were carefully planned to hurt the sentiments of over 1.6 Billion Muslims worldwide.

The question we ask now is: what is objective of this movie? Does the freedom of expression have no limit, even as it incites violence and hatred within many? I have the utmost respect and agree with first amendment of US constitution and believe that it does protect the freedom of expression but this freedom has its limits. This movie, which is based on derogatory, defamatory and blasphemous material, is motivated by a deep seated hatred for Muslims.

This defamation of the world’s second largest religion can lead to social disharmony and anarchy, and is a clear violation of human rights. As per professor of law, H. Brian Holland, “We don’t protect threats or ‘fighting words,’ which means something that incites an immediate breach of the peace,” Taking his words into account, this case at hand can indeed be categorized as hate speech in its worst form, as his actions were clearly fighting actions. Clearly, voices of moderation and of peace need to be heard more loudly in this day and age, than the voice of hatred, and that is what, ideally, the freedom of speech should provide.

Furthermore, Article 19 of the International Convention on Civil and Political Rights (ICCPR) protects the right to hold an opinion without interference but, the exercise of the rights provided for in paragraph 2 of this article carries with it special duties and responsibilities. It may therefore be subject to certain restrictions, but these shall only be such as are provided by law and are necessary:

(a) For respect of the rights or reputations of others;

Additionally, Article 20 of the ICCPR also adds, “any advocacy of national, racial or religious hatred that constitutes incitement to discrimination, hostility or violence shall be prohibited by law.” The article referred to here calls on states to take measures that are “consistent with their obligations under international human rights law, to address and combat such incidents.” This is a duty that the US has clearly, painfully overlooked and ignored for too long now, claiming greater advocacy for the freedom of speech and expression. But, US must realize that through their abuse and misuse of their freedom of speech, they are going against the international community’s common law and such an abuse of freedom of speech which disrespects other religions is against its own national interest and a threat to its national security. Such irresponsible actions endanger American Citizens as we have seen in the case of the US ambassador in Libya and the hurt US interest and credibility all over the world. There is a direct correlation between the actions of the makers of this film and deaths of several Americans. This movie was to provoke Muslims all over world and such a violent reaction was expected. Makers of the movie must be prosecuted for hate crime and provoking violence. The director made a conscious decision, when making this film, to commit a hate crime. He was fully aware of the probable and possible consequences. His actions were premeditated. He can be also be tried under current FARA law as this film serves as propaganda with intentions to start a worldwide conflict, incite violence and promote hatred.

The UN also adopted a Religious Tolerance Resolution condemning the stereotyping, negative profiling and stigmatization of people based on their religion and urged countries to take effective steps to address and combat such incidents as necessary. But the UN resolution failed to include following language as suggested by the OIC: “Alarmed at increasing instances of deliberate and systematic negative projection of religions, their adherents and prophets in media and by influential political parties and groups” – a phrase opposed by the EU. However, the document did recall that “Article 19 of the Universal Declaration of Human Rights and other relevant human rights provisions, that make punishable by law all acts and dissemination of ideas based on religious hatred that lead to incitement to violence.” Again, a duty to the US put forth by the global community that the nation has once again ignored.

Moving along, in 2010 the Human Rights Council did pass an unbinding resolution (Combating the defamations of religions). This resolution covered items like stereotyping of Muslims, attempts to identify Muslims with terrorism, denial of their fundamental rights, measures specially designed to control and monitor Muslims, protection against hate crime, protection against hate, discrimination, intimidation, etc .But the most important is clause is clause 14 which deplores the use of printed, audio-visual and electronic media, including the Internet, and of any other means to incite acts of violence, xenophobia or related intolerance and discrimination towards Islam or any religion.

Finally in 2011 after 12 years of campaigning by Islamic countries to pass the resolution (Defamation of religion) came to an end. The Western world saw this as an attempt by Muslim countries to protect their religion and their prophet from “defamation.” Instead, there was a compromise where a new resolution was adopted and the focus shifted from protecting beliefs to protecting believers as a whole (Combating Intolerance, Negative Stereotyping and Stigmatization of, and Discrimination, Incitement to Violence and Violence Against, Persons Based on Religion or Belief). This resolution, which was passed by 193 countries at the National Assembly condemned religious intolerance without urging states to outlaw “defamation of religions.” The call on countries to prohibit “defamation” had been included in the non-binding resolution. Resolution 16/18 calls on states to make “a strong effort to counter religious profiling, which is understood to be the invidious use of religion as a criterion in conducting questionings, searches and other law enforcement investigative procedures.” Countries are expected “to take effective measures to ensure that public functionaries in the conduct of their public duties do not discriminate against an individual on the basis of religion or belief.” The bottom line of this resolution calls for the criminalization only of religion-related “incitement to imminent violence, and although this is certainly the case here with this movie, this incident has not been handled as an act of crime.

At this point in time, there are indeed legislation against Anti-Semitism in Romania, Mexico, Latvia, France, Sweden, Austria and Switzerland. It is a punishable crime to deny the Holocaust in Austria, Belgium, Germany, France, Italy, Spain, Slovakia, Poland, Switzerland and Luxemburg. Certain legislation even prohibits the use of Nazi symbols in Brazil, Hungary, France, Austria and Denmark. The underlying principal used by these countries is that such actions are threat to the national security; it endangers the unity and integrity of country and have the ability to incite actions which severely imperil law and order in those country. To go against these laws constitutes as harassment, racism, discrimination, conscious incitement of violence and disturb law and order. Punishment for these violations is between 1 to 30 years. The question is, if the world as whole is willing to accept such laws for the Jewish community, why we don't have similar laws against religious intolerance for all other religions?