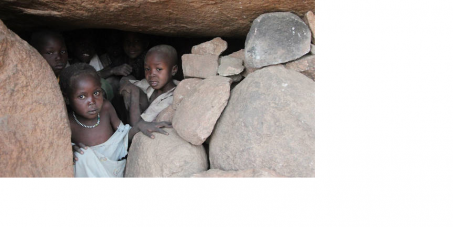 End the starvation in the Nuba mountains and Blue Nile

This petition is closed
8 have signed. Let's get to  50,000
8 Supporters
David G.
started this petition to
President Obama, Princeton Lyman (ambassador to Sudan),The UN,

Funds for The Sudan government have been frozen, so this petition will be closed pending further developments.

The people of the Nuba mountains in Sudan are being systematically bombed from the air by their own government Many of the people have abandoned their villages and taken refuge in caves in the area . This has already resulted in starvation because they can no longer farm, and soon the starvation will be on a massive scale.

Up to now the Sudan government has also isolated this population, and the population of the nearby Blue Nile State, and refused to allow either the press or humanitarian aid to get to these people. It is using starvation as a weapon against an entire population.

In early August the Sudan government under international pressure from the US and the UN, signed an agreement to allow food and medical aid into this region.

To get this concession the Sudan Government was promised several billion dollars, not for aid, but to compensate for money they lost in an oil dispute.

This regime (which organized the massacres in Darfur) has a long history of reneging on such promises, or putting obstacles in the way.

Demand that this time they honor their agreement.

Sign a petition which asks the US and international donors to not pay the Sudan government any money until after the delivery of aid is verified, and the bombing campaign against the villages and farms of the people in this region is stopped.

Lets make sure that the people who need the food get it, and not just more empty words.