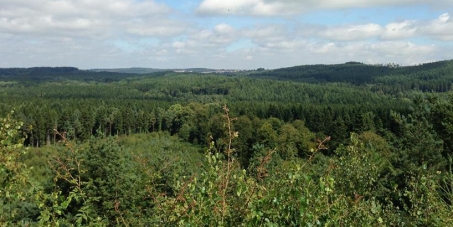 SAVE OUR FORESTS & PUBLIC LAND! Amend or Scrap the destructive Infrastructure Bill

By continuing you agree to receive Avaaz emails. Our Privacy Policy will protect your data and explains how it can be used. You can unsubscribe at any time.
This petition has been created by Hen and may not represent the views of the Avaaz community.

Sign this petition
Hen
started this petition to
Eric Pickles MP, Secretary of State for Communities and Local Government
PARLIAMENT'S NEW CHAINSAW: The Infrastructure Bill poses a huge threat to our publicly owned green spaces and forests from flogging off & development, to our homes & landscape from fracking & radioactive waste, to our wildlife from extermination and to our fundamental democratic right to have a say in how development occurs in our communities.

Only by us all raising our voices in whatever way we can will we curb or stop the Infrastructure Bill from being law!


The Infrastructure Bill is next due to be debated by the House of Lords on November 3, 5 and 11. The Bill is then due to go through the House of Commons before becoming law in March 2015... we have until then to stop it. It has received ALMOST ZERO media coverage despite this new law opening the door for the following:

1. Any public land (apart from that owned by the royal family), including our public forests, can be transferred to the government's Homes and Communities Agency, to be passed on to private firms to use for any kind of development, with all rights of public access removed.

2. The recovery of gas and oil - including fracking, coal gasification, coalbed methane extraction and geothermal - anywhere in Britain to be a legal objective.

3. The right to dump and abandon any substance whatsoever under any land (including radioactive and gases).

4. The right to drill under any land, public or private.

5. Major projects (such as power stations, new towns, high-speed rail and motorways) to be decided on by Government rather than councils, with communities also unlikely to be consulted.

6. Any species deemed as non-native (including barn owls, red kites, goshawks, boar) can be controlled or exterminated.

7. Already overburdened councils given short time limits to enforce planning restrictions, or they will be discharged by a panel of two government inspectors and a minister, giving developers free rein.

8. The Land Registry to be given major new powers to hold local registers, and be the judge, jury and executioner on land ownership disputes.

9. Anyone building less than 50 houses in a development will no longer need to ensure they are zero carbon or eco-friendly.

We call on the Government and members of the House of Lords and Commons to at the very least to support the amendment by Baroness Royall and the Bishop of St Albans to exempt our public forests from 'land transfer schemes' within Clause 21 of the Infrastructure Bill... but preferably to throw out the entire undemocratic and frankly dangerous legislation as a whole.

We also call on journalists, editors and media owners to report on this Bill as it is a matter of huge public interest and potentially affects everyone in Britain.

Thank you for signing this petition and please encourage others to do so too...

Signing petitions is great - but we all need to do more if we are to defeat this.

1. Write to Lords and MPs urging them to either -

a. oppose the entire Bill,

b. the parts which particularly worry you

c. to support the amendment already tabled by Baroness Royall and the Bishop of St Albans to exempt the Public Forest Estate from Clause 21 of the Bill (this amendment is due to be voted on November 5 in the Lords). We are advised that Lib Dem Lords and MPs are particularly worth contacting, though don't let that stop you writing to all and sundry... (see the top-left of www.handsoffourforest.org for a sample letter and more info on this).

2. Organise a protest, however large or small. November 5 will be the first day of action - it's up to you to do something, even if it's just photographing you and a friend with a sign/ banner or making a short film explaining how you feel. Do share it with us, email it to owen@handsoffourforest.org and hen@saveourwoods.co.uk

3. Tell everyone you know, make your own signs, form a group or join an existing one. If you are a member of a society or charity, encourage them to publicly back our cause.

4. Join the Infrastructure Bill Facebook page to engage with the broad range of groups and individuals fighting this bill - https://www.facebook.com/groups/infrastructurebill

Only by us all raising our voices in whatever way we can will we curb or stop the Infrastructure Bill from being law!

Today: Hen is counting on you

Hen needs your help with "SAVE OUR FORESTS & PUBLIC LAND! Amend or Scrap the destructive Infrastructure Bill". Join Hen and 5609 supporters today