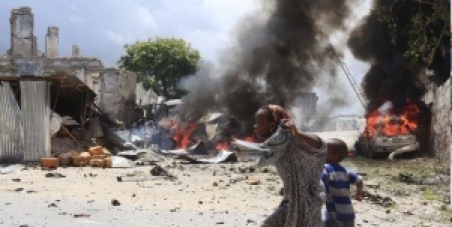 By continuing you agree to receive Avaaz emails. Our Privacy Policy will protect your data and explains how it can be used. You can unsubscribe at any time.
This petition has been created by Professor Bishnu P. and may not represent the views of the Avaaz community.

On April 15, 2013, the SIPRI published its Annual Report stating that the worldwide military spending had been cut down by 0.5 percent to US $ 1.75 trillion in 2012 as compared to that in 2011. Although the second largest spender China had increased its military spending by 7.8 percent ($ 11.5 b) and the third largest spender Russia by 16 percent ($ 12.3 b), the topmost military spending by the United States dropped by 6 percent to $ 682 billion. In fact, USA and NATO together are responsible for the great majority of the world military spending. And India ranks as the world's second largest international arms importer that accounts for 9 percent (2006-2013) of all major weapons transfer. As a result, the UN Global relief efforts on basic humanitarian financing needs are only partly met. For flash emergencies, the UN had appealed for $ 5.565 billion in 2012, but with a quarter of 2013 gone, just $ 1.869 billion have been received. There is an urgency for humanitarian needs to one-fifth (21 percent of 7.1 billion) of the world population, who live in identity and resource based armed conflicts in fragile states. The military strength experiments and ambitious political interests in Korean peninsula may further exacerbate the humanitarian crisis and polarize the world into identity versus resource based blocs.

On behalf of the Global Harmony Association (GHA) and Peace and Conflict Studies Center (PCSC), Professor Bishnu Pathak calls upon all the people of goodwill to support all possible avenues toward peace and justice on the Earth. The GHA and PCSC appeal the UN to work and approve International Treaty of Global Harmony for General Disarmament. The GHA and the PCSC further request to all the concerned authorities for reduction of military spending in every country by 2 percent annually and to increase humanitarian aid in food, shelter, health and education. We firmly believe in what Nelson Mandela said, "Education is the most powerful weapon which you can use to change the world." Thus, the long term humanitarian aim is to achieve freedom from fear, freedom from wants and freedom to live in dignity, which are necessary for harmony and solidarity of human civilization in the 21st century. Disarmament would eventually lead toward a world without wars.

UN Secretary General Ban Ki-Moon at Nagasaki on August 12, 2012 had said, "Disarmament and nonproliferation be inculcated at every school and in every student around the world". Indeed, total disarmament will ultimately help strengthen human security, fulfill basic needs of the people and promote genuine peace, harmony, human rights, justice, and development.
Report this as inappropriate
There was an error when submitting your files and/or report.
Inaccurate Inappropriate language Hate speech Illegal Commercial/spam Offensive
×

Today: Professor Bishnu P. is counting on you