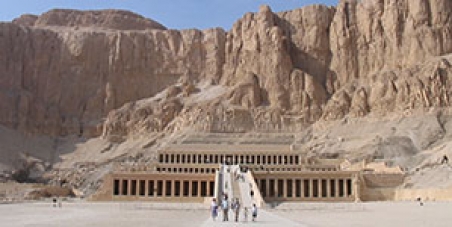 Victory
This petition is closed
378 have signed. Let's get to  500
378 Supporters
Daniel J.
started this petition to
His Excellency the President of the Arab Republic of Egypt Dr. Mohamed Mursi
On Sunday, June 16th, the Egyptian President Dr. Mohamed Mursi issued a decree appointing new provincial governors, including Mr. Adel El-Khayat as the new governor of Luxor. According to press reports, Mr. El-Khayat is a founding member of the islamist and former terrorist group Al-Gama'a Al-Islamiya, that claimed responsibility for the infamous Luxor massacre in 1997.

In 1997, six gunmen of the group slaughtered 62 people, mostly tourists, in the pharaonic temple of Hatshepsut. The victims of the onslaught included couples in their honeymoon, women and children. Many bodies, especially of women, were mutilated with machetes. The massacre brought tourism almost to a standstill for years and did heavy moral and economic damage to the region.

Al-Gama'a Al-Islamiya was also thought to be implicated in the assassination of former Egyptian President Anwar El-Sadat in 1981 and claimed responsibility for other attacks in the 1990's, that claimed hundreds of lives.

The appointment of a leading member of Al-Gama'a Al-Islamiya as governor of Luxor is a slap in the face of all victims and their families, especially those of the Luxor massacre. The leader of a former terrorist group cannot be made governor in the place of one of it's most heinous crimes.

As till today the Egyptian government did not install a memorial for the victims of the massacre from 1997, it is also time to call on the authorities to finally take action. A memorial should be erected at the place of the massacre in Luxor's Deir el-Bahari region at the site of Hatshepsut temple.

Please sign this petition to voice support for the people of Luxor and across Egypt who stand up against religious extremism in the 1990's and till today. Call on the Egyptian government to fight religious extremism.
Report this as inappropriate
There was an error when submitting your files and/or report.
Inaccurate Inappropriate language Hate speech Illegal Commercial/spam Offensive