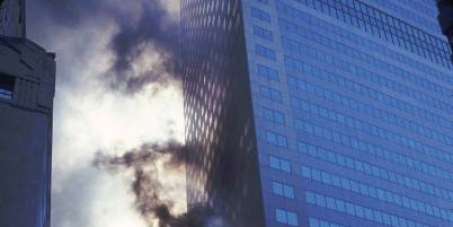 Revise the U.S. government final report on the collapse of Building 7

By continuing you agree to receive Avaaz emails. Our Privacy Policy will protect your data and explains how it can be used. You can unsubscribe at any time.
This petition has been created by Mark and may not represent the views of the Avaaz community.

Despite never being hit by an airplane, Building 7 was reduced to a pile of rubble in about 7 seconds at 5:20 p.m. on September 11, 2001. After 9/11 this fact has been widely covered up by the U.S. mass media and was even omitted from the 9/11 Commission Report.

NIST, the National Institute for Standards and Technology (a U.S. government agency) was authorized by Congress to determine “why and how WTC 7 collapsed.” NIST produced a preliminary draft of their final report in August, 2008 omitting the fact that Building 7 fell at free fall acceleration for part of its descent. After a physicist challenged NIST on this point the final report, in November 2008 admitted free fall acceleration for 105' or 2.25 seconds.

NIST wrote, “A more detailed analysis of the descent of the north face found . . . (2) a freefall descent over approximately eight stories at gravitational acceleration for approximately 2.25 s . . . .” (Final Report on the Collapse of World Trade Center Building 7, NIST NCSTAR 1A, page 48)

However NIST claimed that this was consistent with their own fire based collapse theory which alleged that the entire collapse began because column 79 became laterally unsupported and buckled due to heat. NIST has refused to disclose their entire computer model and this column 79 theory was not based on any hard evidence.

NIST has already admitted the scientific fact of free fall acceleration in Building 7. This is remarkable! Now we ask that NIST tell what this means: that the entire building structure below for at least eight floors was removed just as Building 7 began to fall. Does this not imply use of explosives? We petition for a response.

This may give a very different understanding of what really happened on 9/11.

The reason this matters in 2012 is that the U.S. continues to kill countless people in the so called war on terror all based on the assumption that the World Trade Center attacks were done solely by Muslims. Muslims would not have had the access to Building 7, the equipment, the knowledge of the sophisticated process of controlled demolition nor the time to arrange it.

I want peace for myself, my family and friends and millions of people I don’t even know.

Today: Mark is counting on you

Mark needs your help with "Revise the U.S. government final report on the collapse of Building 7". Join Mark and 1980 supporters today