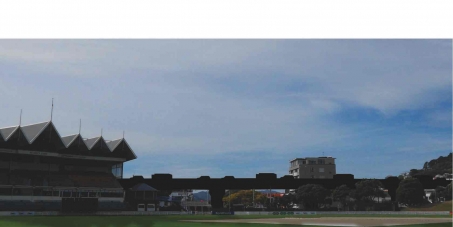 Save the Basin Reserve

By continuing you agree to receive Avaaz emails. Our Privacy Policy will protect your data and explains how it can be used. You can unsubscribe at any time.
This petition has been created by Elaine H. and may not represent the views of the Avaaz community.

The New Zealand Government wants to build a 9-metre-high motorway flyover overshadowing the iconic Basin Reserve cricket ground. We need your help to stop their plans.

The Basin Reserve is the oldest and best Test cricket ground in New Zealand, loved by New Zealand and visiting fans alike. But its future is under threat because the New Zealand Government and its transport planners want to build a massive 380 metre long, 9 metre high motorway flyover right outside its northern entrance.

If a flyover is built, it will carry heavy trucks and buses as well as cars. It will be a noisy, polluting eyesore. And it will ruin the character of a beautiful cricket ground.

But the plans can still be changed. Recently, the Government was forced by public pressure to put a planned nearby motorway development underground. There are alternative plans for transport improvements near the Basin which would put new roading underground, or avoid building it altogether.

Help us stop this ugly and unnecessary flyover. Help us save the Basin Reserve, New Zealand's best Test cricket ground. Please sign and share this petition and tell New Zealand Prime Minister (and Minister of Tourism) John Key that a Basin Reserve flyover must not be built.

For more ways you can help, please visit savethebasin.org.nz

Today: Elaine H. is counting on you

Elaine H. needs your help with "Save the Basin Reserve". Join Elaine H. and 383 supporters today