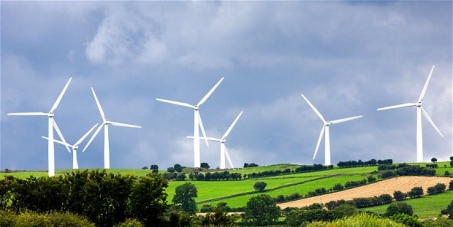 Stop the UK imposing wind farms on the Irish Midlands

By continuing you agree to receive Avaaz emails. Our Privacy Policy will protect your data and explains how it can be used. You can unsubscribe at any time.
This petition has been created by ray c. and may not represent the views of the Avaaz community.

Sign this petition
ray c.
started this petition to
DAVID CAMERON UK PRIME MINISTER,
CONCERNED UK CITIZENS.,
CONCERNED IRISH CITIZENS,
UK MPS,
IRISH TDS,
ANY ONE CONCERNED WHERE DUE PROCESS IS BEEN OVERLOOKED IN FAVOUR POLITAL EXPEDIENCY
The civil rights of an entire community are been overlooked by powerful interests in allowing 'faceless' energy companies - with the support of two governments - buy up 'land' options across an identified area of the unspoiled Irish countryside, with a view to erect huge wind farms in order to allow the UK fulfill its obligation to supply 20% of its energy from renewable sources. The UK public will not allow any more onshore wind farms, so the UK government would like to avoid national opposition by allowing a foreign neighbour, where there is no legislation in place, and - judging by past performances - very little planning opposition, take the pressure off its obligations. This will save the UK exchequer £9 billion by allowing these giant wind turbines - 185 metres in height - be built across the Irish countryside. (Funny Fact - The midlands of Ireland is low lying, with very little wind - so the Greenwire project states that turbines must be extra high to allow it to 'harvest' our wind).The turbines can ONLY be erected using UK Government subsidies, but the UK law, as it stands, does not allow the UK to subsidize an energy company in another country to supply it with electricity. The law is planned to be changed, thus allowing a rich neighbour take advantage of another country's resource. There must be rage against the ethics and lack of morality in the the 'Greenwire' proposal. If the UK Government changes it's laws, the Irish Government will trample on its own citizens. I, as an Irish citizen, am not proud to relate that I have very little faith in my government ever taking a stance on ethical or moral grounds in favour of one that 'seems' to be of an economic benefit to vested interest to the detriment of its own citizens.
Report this as inappropriate
There was an error when submitting your files and/or report.
Inaccurate Inappropriate language Hate speech Illegal Commercial/spam Offensive