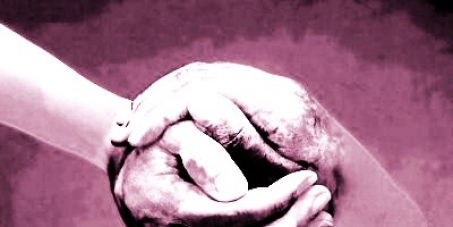 In Greece, being a citizen and a human being is a felony!

By continuing you agree to receive Avaaz emails. Our Privacy Policy will protect your data and explains how it can be used. You can unsubscribe at any time.
This petition has been created by Κίνημα Υπέρ . and may not represent the views of the Avaaz community.

In Greece, being a citizen and a human being is a felony!

Later the immigrant was accused and he confessed that he stole a lady's handbag because he was hungry and had nothing to eat. Moreover, Kapetanopoulos was accused for the following:

A. resistance against authority

C. attempting to release a detainee (this is not declared in the statement of the policeman who is the only Crown witness

D. finally, the prosecutor who undertook the case formed a common file against Petros Kapetanopoulos and the immigrant, and also accuses Kapetanopoulos for "abetting simple robbery," which is a felony!

As a result, Petros Kapetanopoulos is in danger of losing his income for up to four years, as he is a public servant and when a public servant is accused of committing a felony, he is automatically suspended and the state stops paying him.

At the same time, Petros is also in danger of being imprisoned for many years if the court will not declare him innocent.

In a press conference, Kapetanopoulos’ lawyer presented the facts and threats of the case against his client. Institutions, representatives of political parties, members of labor unions and civil organizations expressed their solidarity and support by speaking against “a state that wants one not to care about his neighbor.”

More about the same subject in English:

*More about the same subject in Greek:

The text of petiton, in English

We demand all the unjust charges to be withdrawn, and justice to be reestablished for Petros Kapetanopoulos as well as democracy.

The whole Greek society should demonstrate against fascism in uniform acting against human rights by any kind of torture, molestation or humiliation. To have lawyers, UN, Amnesty international as well as all those who support human rights to bring to justice all those who dare to act in any arbitrary and fascist way just because they wear the uniform of power.

These are issues that matter not only to Greece but also to the international community.

And, now, he is being charged for this precise reason! Risking losing 4 years of his salary because he is unfairly accused of felony, while he is a public servant!

And all this, because he protested against a fundamentally fascist act he saw happening in front of his very eyes and he reacted for humanity and justice.

So, if we wish to be called his supporters, citizens, democrats but, also, humans, we also have to support him in acts.

We are against fascism and fascism is not only Nazism: it is also any kind or form of molestation as well as indifference!

We sign for all charges against him to be lifted and we demand all unjust charges to be withdrawn and justice and democracy to be reinstated.

More info in Greek and other languages (ENGLISH / FRANÇAIS / ESPAÑOL / ITALIANO / PORTUGUES / DEUTSCH / ΕΛΛΗΝΙΚΑ)
and about more of 6602 signs via: http://yperkapetanopoulou.wordpress.com, yperkapetanopoulou@gmail.com

Κίνημα Υπέρ . needs your help with "In Greece, being a citizen and a human being is a felony!". Join Κίνημα Υπέρ . and 1002 supporters today